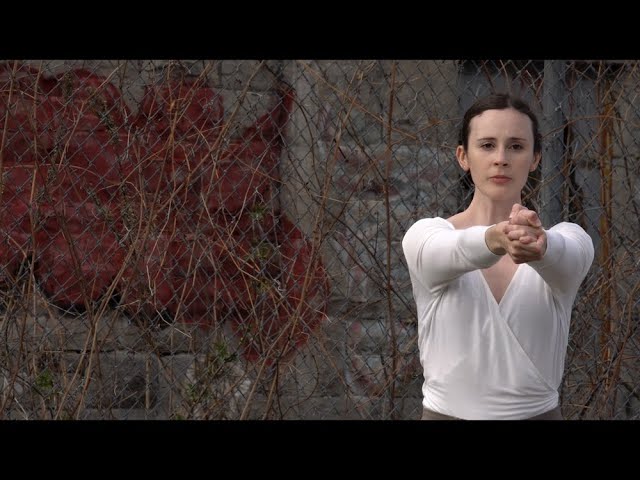 You're Never Fully Dressed at the Uproar Arts Festival

"If you’re tired of hearing about women being harassed, tired of us sharing our stories about it, maybe that’s because you’ve been ignoring it, and we don’t believe that you should have that luxury anymore, either." - Hanna Brooks Olsen

After having read and mulled over Hanna's article, Why We Smile at Men Who Sexually Harass Us, I was inspired to choreograph a solo in which members of the audience would intrude on the dancer's personal space while she was performing. Cut to a year later, and You're Never Fully Dressed premiered at the inaugural edition of the Uproar Arts Festival.

Knowing from the beginning that there was only one dancer I could picture creating the choreography with/on, I was thrilled when Alya Graham agreed to collaborate on the project with me. Alya was integral in developing the work, and performed it incredibly well. I was also delighted to secure Nicole Lizée's permission to use her music for this new work. Her track, Son of the Man with the Golden Arms, is an incredible piece that offers just the right anxious mood I was looking for. At the time of conceiving this project, the feminist Uproar Arts Festival was not yet on my radar. However, there was no better avenue for presenting this work, and I am grateful that they accepted my proposal and presented You're Never Fully Dressed at their festival, August 2019 at Arts Court Theatre. I am also grateful for my dear "audience member" volunteers who helped me create that creepy closing in sensation: Amelia Griffin, Travis Martin, Priyanka Gopalkista, Elizabeth Emond-Stevenson, Pearl, and Simon.

I was very pleased to receive the kind of reactions I was seeking from real audience members: "I felt seen," "sublimely scary," "all up in my feels"... It was very rewarding to achieve my intended mood and reactions!